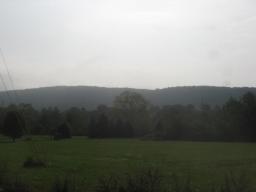 The actual summit of the high point is a rock outcropping without any view, but east of the summit there are steep slabs of exposed bedrock that offer expansive and unobstructed views of the wilderness of the Pequannock Watershed.

As usual for these mountains, there are woods roads around the Hamburg Mountain High Point, but, surprisingly, they do not seem to get much use from ATV riders. The woods roads are quite overgrown with moss, grass, and underbrush and dissolve into the woods after a few hundred feet. There are no woods roads or ATV trails near the summit or at any of the likely launch points, making a hike up to this peak more of a true bushwhack than many other high peaks.

Despite the wilderness nature of the woods here, there are outposts of civilization. The crescent shaped lake north-northwest of the summit is the "Mountain Top Recreation Center" and has cabins, boating, and a swim beach. Privately-owned Lake Wildwood also has many houses on it.

Mountain Creek Ski Area (formerly Vernon Valley/Great Gorge) and Hidden Valley Ski Area are on the slopes of the Hamburg Mountains. In the early 2000s, Mountain Creek attempted to build 1600 condos and retail on the mountain top, but this plan was scrapped due to environmentalist opposition and the State stepping in with $7 million for a land purchase. 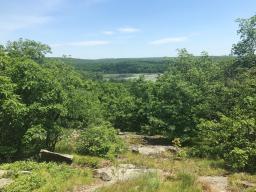 Parked at the end of Sand Pond Rd right before the gate. There is a faint herd path that eventually crosses the outlet of Lake Wildwood. From there it’s an easy bushwhack to some woods roads, some of which are labeled on the NYNJTC North Jersey Map #115. It was a mix of bushwhacking and following woods roads to the summit. Closer to the summit the woods road enters private property so I bushwhacked the final ~.3 to the cairn. I would stick to East of the woods road when you bushwhack as there are a few swampy areas with thick blowdown. I retraced my steps back to the car. 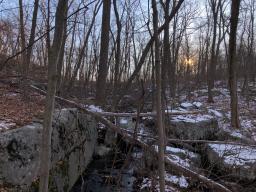 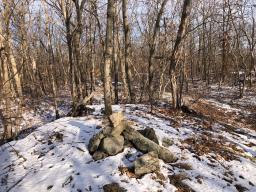 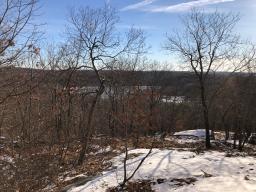 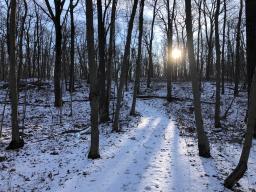 Parked at end of Sand Pond Road. Went in on trail from where we parked on large rock at end of road. Pretty quickly became a bushwhack. Found a trail at some point, bushwhacked some more and ultimately made it to top near circular rock. Retraced steps down from top to trail and followed most of the way down then buscwhacked across stream and up hill Sand Pond Rd not far below where we parked.

Parked at large rock pull off at the top of Sand Pond Road. Just below the parking area is a heavily wooded trail which quickly turns into a bushwhack. Over a small stream to an ATV trail. Followed ATV trail west then turned north. Took my chances and crossed into private property briefly before shooting my compass towards the actual high point and bushwhacking again over a small stream and up a notable 100-200’ knoll before coming across a cairn indicating I’ve hit the highest point in NJ outside of the Kittatinny Range! Will be back again to do this one. 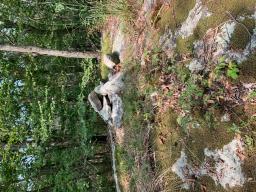 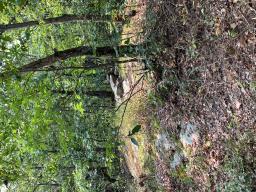 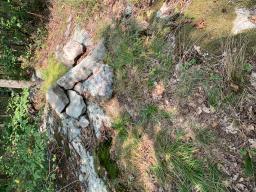 I tried to do this hike from the ATV trail that intersects Mud Pond Trail, but no one answered the intercom to let me in the gate. So instead, I drove to the parking lot at the end of Sand Pond Road and started from there. About a 1/4 mile south of the parking lot, a woods road crosses Sand Pond Road. This trail is not on the NYNJTC map but it does turn into the TC trail that dead-ends south of Lake Wildwood.

So I bushwhacked, crossing the Lake Wildwood stream (easy), until I stumbled upon the woods road. From there, it was an easy walk to within a couple hundred yards of the high point. A cairn marks the spot. No view from the summit, but it was a nice, quiet walk in the woods. 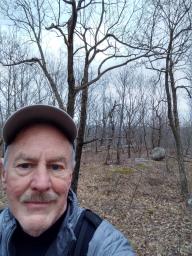 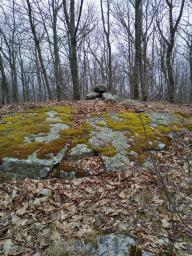 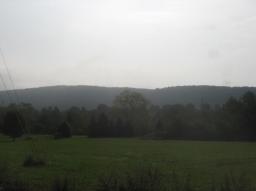 The Hamburg Mountains from the Vernon Valley. The actuall HMHP is not visible in this pic. —Jeff Bennett 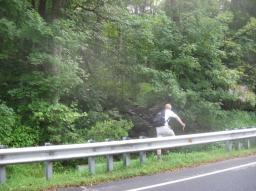 Between the climb via the second stream valley south of Mountain Creek. —Jeff Bennett 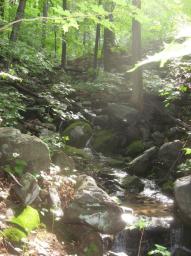 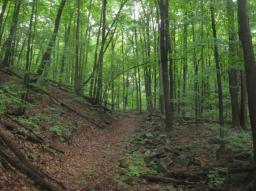 Woods roads flicker in an out of existence on both sides of the stream. The woods road is clogged with debris, indicating that even ATVers do not go here. —Jeff Bennett 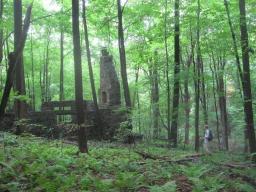 These ruins are the approximate halfway point of the climb to the top of the plateau. The builder signed "1933" in the cement. —Jeff Bennett 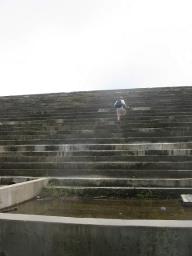 After hiking 1.5 miles through nearly trackless woods it came as a great surprise to find such a massive dam. —Jeff Bennett 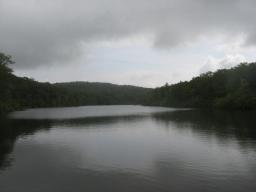 But behind the dam is a beautiful lake. This is called the "Mountain Top Recreation Area." —Jeff Bennett 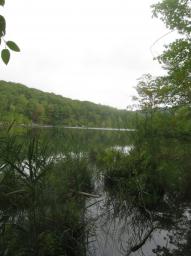 Another pic of the lake. —Jeff Bennett